Pop Culture vs. Polonius: How the Common Core Favors 'Serial' Over Shakespeare

The following article is by Michael Godsey, a high school teacher and administrator who writes for The Atlantic.

After I wrote that I was teaching "Serial" instead of Shakespeare last semester, some people doubted that I understood the superiority of The Bard over Sarah Koenig. Trust me, I understand the superiority. I used to take my classes to Shakespearean plays, and I think Hamlet is the greatest play ever written. Looking around my classroom, I see a student's painting of Hamlet in the graveyard, and I see two Hamlet-inspired skulls. Years ago, I told my senior AP class that a passing grade was contingent on proven mastery of Hamlet — until the principal called me in and told me I couldn't really do that. 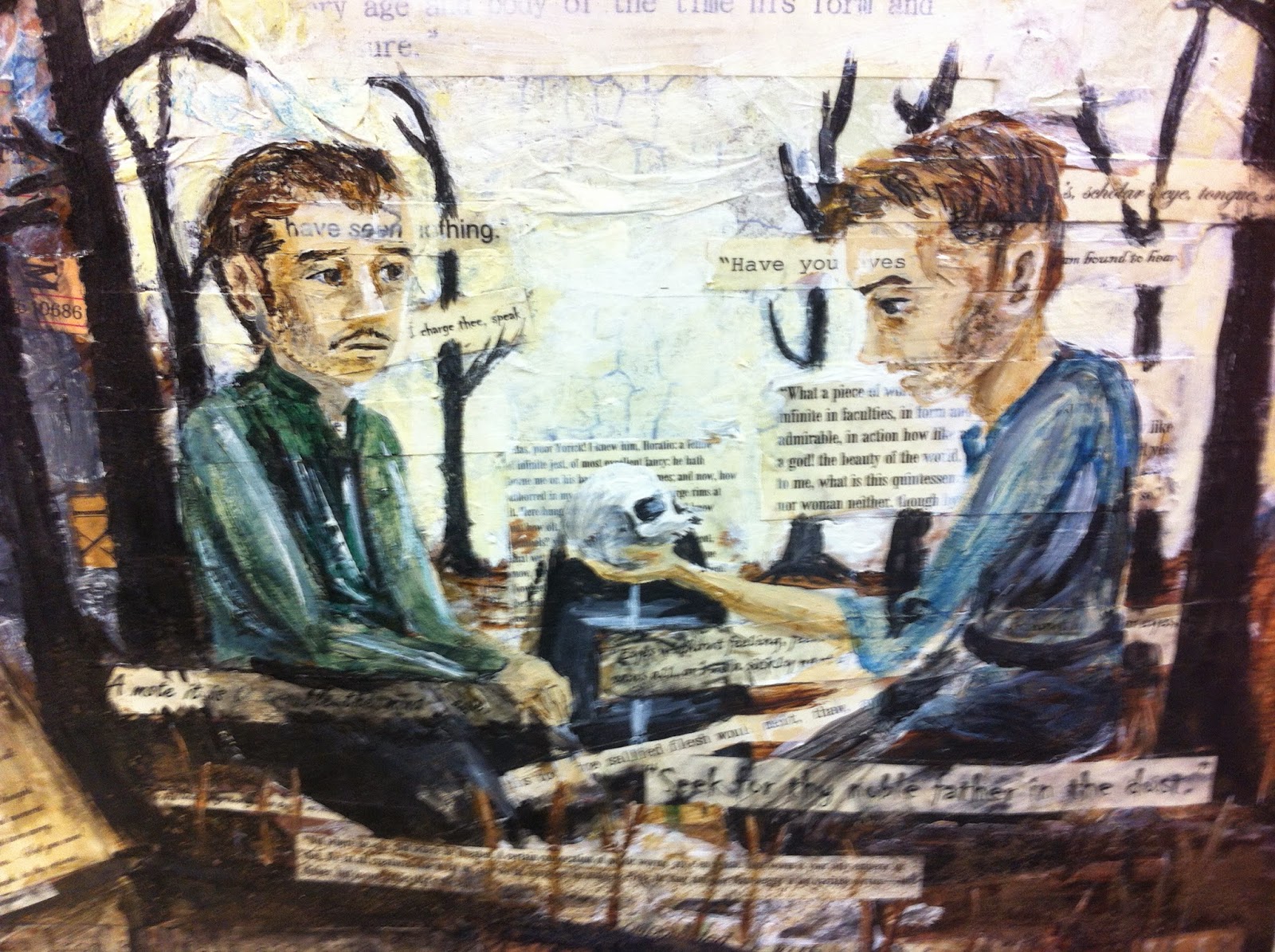 In terms of literary content and quality, a podcast like "Serial" cannot be compared to Hamlet without making a farce of literary criticism. Hamlet sounds the depths of the human soul, while "Serial" is full of flat characters, potentially meaningless distractions, a total lack of catharsis — when I was teaching “Serial,” it wasn’t even a complete product yet. Serial cannot (and explicitly doesn't try to) measure up to Shakespeare's plays.

So if it's not a matter of literary merit, then why was I choosing to teach "Serial" instead of Shakespeare? And why will I do it again this fall? To put it simply, today's Common Core culture insists that we as teachers focus on the communication skills necessary to excel in college and the workplace, sometimes at the expense of teaching the content of the classics. These are not mutually exclusive goals, but it is often easier and more efficient to teach the communication skills with texts that are less than classic.

Some of these "less than classic" texts are more likely to fall in my students' zone of proximal development. As one educator put it, "you're spending less time decoding language that is out of their range, and more time working on the skills within their grasp." Contemporary texts are frequently more accessible, engaging and relevant to their daily lives.

We skipped Plato's "Allegory of the Cave" for Rembert Browne's "The Front Lines of Ferguson" and other, conflicting perspectives of Ferguson. We eschewed an essay by Benjamin Franklin in favor of an analysis of the podcast that led to Bill Simmons' three-week suspension, and we compared that rant to the more measured, more thoughtful, less slanderous discussion on PTI's podcast. And so on. Though this be madness, yet there is method in't.

The Common Core State Standards trump literary standards, and they favor method over matter. In an explicit "Message from the State Board of Education," the standards "define the general, cross-disciplinary literacy expectations for students in preparation for college and the workforce." For example, one of the standards is Reading 7: "Integrate and evaluate content presented in diverse media and formats." For all the reasons I’ve previously written about, “Serial” provides a useful text to teach almost all of these reading and writing standards, and a perfect medium to teach the listening skills.

None of important standardized tests — the SBAC, the CAHSEE, the SAT — even hint at the appreciation of classic literature as a worthwhile outcome. None of them have a single question about a specific piece of literature or the facts about a single author or time period. The implicit message from the State Board: in a high school English class, communication skills should be prioritized to the extent that appreciation of classic literature is tertiary, maybe even irrelevant.

Meanwhile the explicit message coming from some local administrators: communication skills should be prioritized over the appreciation of classic literature.  Literally one hour ago, an administrator told me: "I think English teachers got into the profession because they love literature, and so they cling to the story, which isn't ultimately that important. So they don't know Hamlet—most adults don't. I mean on one hand, they can be learning more about the nature of man and all about the humanities, but on the other hand they could be learning about reading and writing so that they can function in the working world. Obviously we should favor the second case."

In stark contrast, my daughter is going to a private "classical academy" where they publicly criticize the state standards and promise that the students at their school will master the classic literature of the world. My daughter just recited a Shakespearean poem as well as many of my high school juniors do for our poetry recitation contest. She's four. Will she be able to "function in the working world?” I assume so, but this priority seems tertiary at this school, like literary appreciation is tertiary in the public schools—not a bad thing of course, but supplementary, almost irrelevant. I think in both cases, there's a presumption that one will happen as the result of the other.

Acquisition of reading skills should take priority over knowledge of a Renaissance play, and if those reading skills can be taught more efficiently with stories from pop culture, so be it.

It's definitely my primary job to teach teens how to write, read, listen, and think critically. I should also encourage them to use these skills at the highest level of complexity (and if that's Shakespeare, then great). I cringe at the idea that "preparing students for the workforce" is my primary goal, but after I teach them the communication skills to the best of my ability, the students can choose whatever route they want, right? They can read Shakespeare on their own time. Or the Bible. Or John Green. Whatever they want.

As a teacher, once my curriculum goes beyond the skills of writing, reading, listening, and thinking critically, I'm very quickly in an area where I'm choosing the themes and morals for other children of other families. I would love to teach Ecclesiastes as literature, for example, but I think some parents would freak out. But why is it then okay for me to choose another "dead white guy" to show us how to tame a shrew? Why is it okay for me to lead discussions on what it means to be a hero? Once we comprehend that Hamlet feels it's sometimes courageous to commit suicide, is it my job to continue this discussion? Most people seem to think no, it's not my job, and they might be right.

If our society had different values, I would think differently. Sometimes I hear somebody argue that Shakespeare holds valuable "cultural currency" — that the students should know his plays so that they can participate in adult life with educated people. But I work with relatively well-educated people — most of them haven't read Hamlet and fewer of them remember it well enough to want to talk about it. If I want my boys and girls becoming social men and women, then there are other texts they should know. 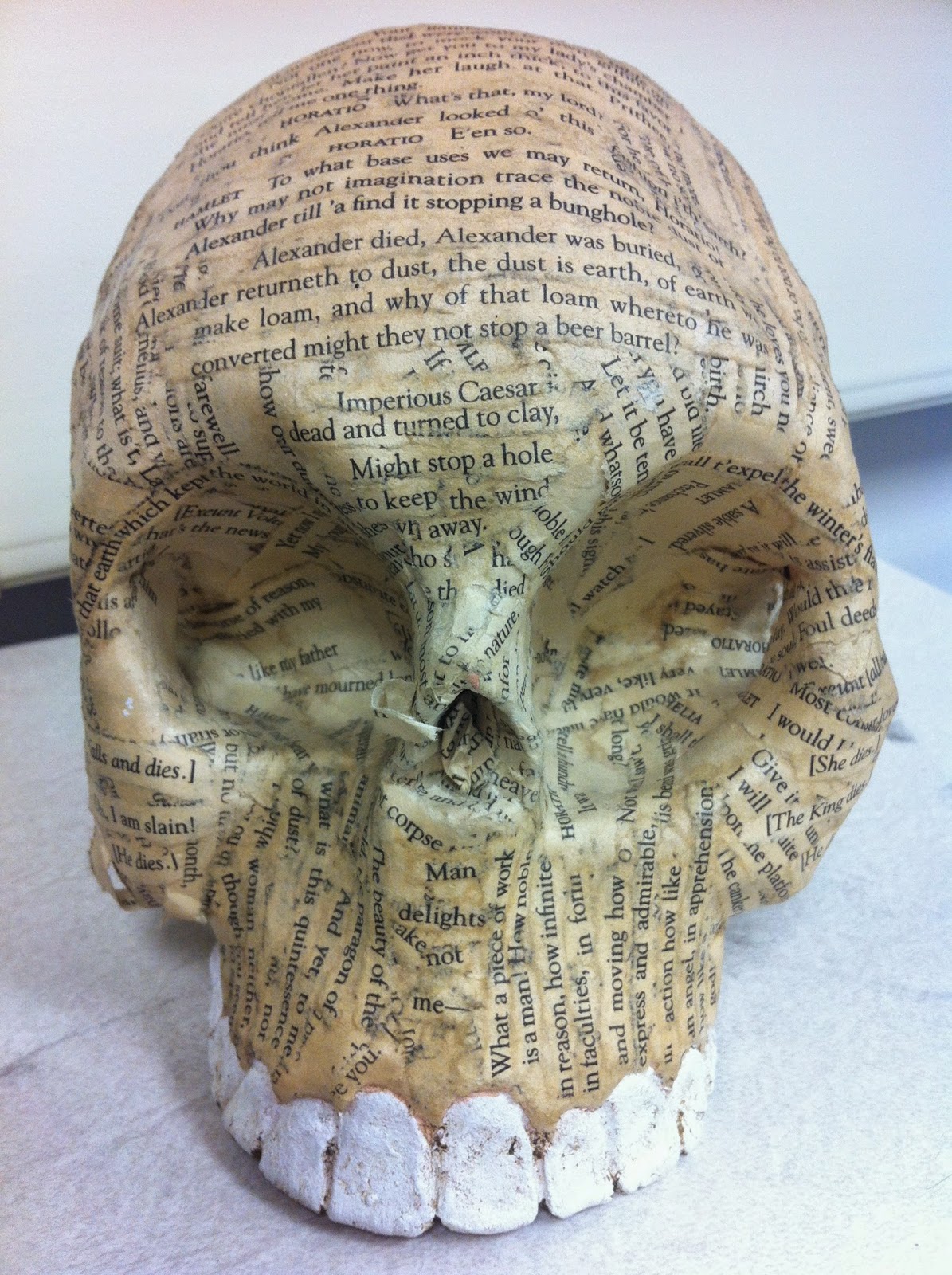 To put it another way, if our society read about, wrote about, listened to arguments about and thought critically about Shakespearean characters as much as we do about Adnan and Jay, I would feel differently about what I'm teaching in class. I play poker every week with a professor of English literature, and we don't talk about Ishmael or Jay Gatsby — we talk about Adnan and Jay. And what's the matter with that?