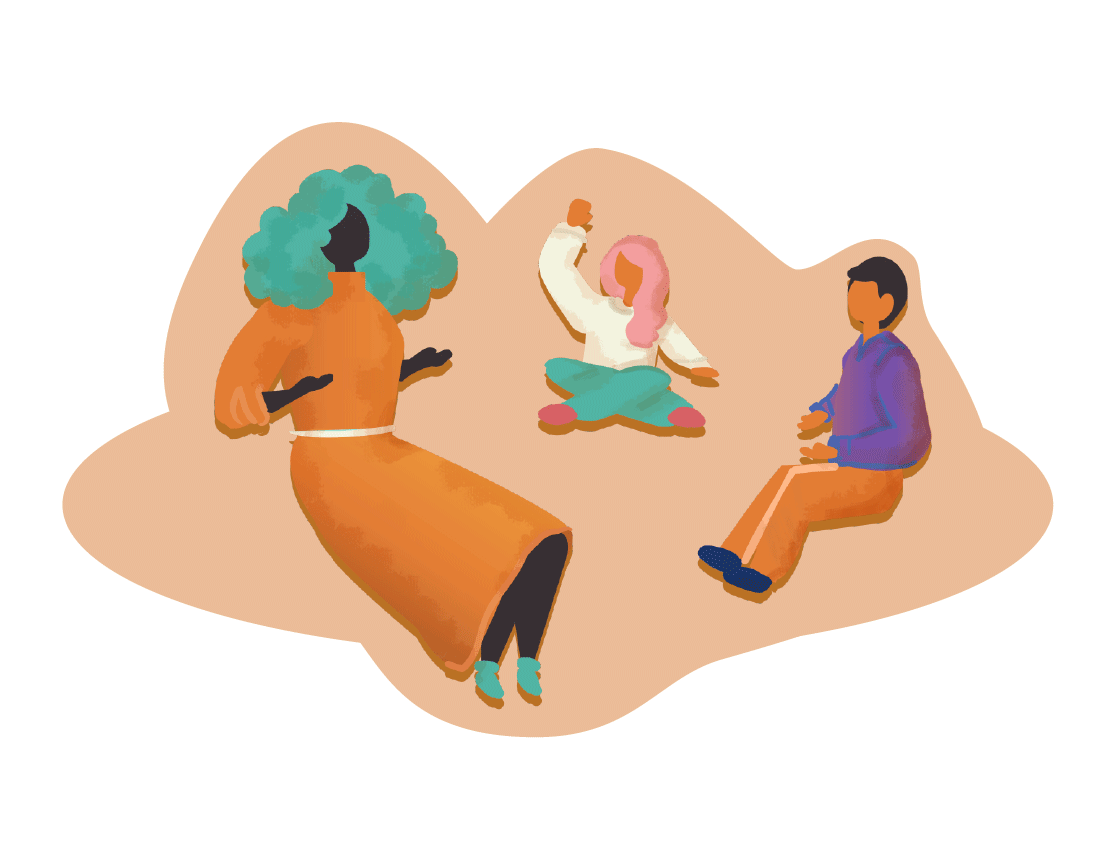 Why Conversations About Racism Belong in the Classroom

Starting constructive conversations about racism and bias can be daunting, regardless of audience. And when that audience is young children, it can seem impossible.

There are plenty of arguments why classrooms should continue to avoid the issue altogether. Julie Olsen Edwards, the coauthor of Anti-Bias Education for Young Children and Ourselves, has heard them all.

“I don’t have the space in my curriculum.”

“My students are too young.”

“Talking about injustice will only upset kids.”

But Olsen Edwards, who also works as an anti-bias consultant for K-12 schools, likes to flip that last excuse on its head.

“Kids love to hear [that] bad things happen and people change it,” she said. “People can make injustice into justice. There are heroes — real heroes — in the world. ... And it’s that framework that makes it really useful to children.”

Dwayne Reed, a fifth-grade teacher in Chicago, said that as difficult as it may seem, educators need to have these conversations.

“Race and privilege and bias and prejudice — these are part of our life,” he said. “So, let’s talk about it.”

Children are learning every day — who’s who in their life, new words that assign meaning to the world around them, and what they are capable of doing. In these critical developmental years, the ability to notice differences — not just what things are, but what they aren’t — leads to more discovery. The developmental achievement in a child calling their mother, and only their mother, “mama” is not about vocabulary but about the ability to distinguish mom from everyone else.

Children as young as 3 notice differences in biological sex. They differentiate between fact and fiction around the same time and children can recognize right from wrong before turning 2.

Children also act on these differences earlier than parents may expect: 6-month-olds can show a preference for people of the same ethnicity. The famed “doll test” of the 1940s asked children 3 to 7 years old to assign traits to white and black dolls. The results found most children preferred the white doll and labeled it positively, while the black doll was assigned negative words.

Why do children start assigning positive and negative attributes to skin? When do differences become biases?

Olsen Edwards said it’s because children notice more than they get credit for. Nonverbal cues like facial expressions, tone of voice and body language leave impressions.

Whether it’s white children watching their parents lock the car doors in certain neighborhoods, or Black children observing a fear of police, children feel these experiences and hold on to them. But they also notice when things aren’t there.

Of all children’s television characters, just 6 percent are black. Less than 2 percent of characters are Latino, compared to almost 18 percent of the U.S. population.

“If children do not see themselves, if they do not see their families reflected back to them in the world, in the school, the books, the movies, everything else, what you have done has been to erase a phenomenal part of who they are,” Olsen Edwards said.

Reed remembers the silence from his own teachers and questions why they didn’t give him the space to talk about race, especially when he was talking about it at home.

“Growing up Black in America, we had conversations all the time about police officers, about the government, about teachers, about how the system is set up,” he said.

Mariel Buque, a race and culture columnist for Psychology Today, agrees: Ignoring these conversations of racism and bias won’t help young students, even for educators who worry about disrupting their curriculum.

Their silence can be more destructive than anything else.

Buque, who specializes in providing access to culturally responsive mental health services for communities of color, said having ongoing conversations about racial identity is important so that kids have the tools to cope after trauma. Otherwise, she said, we’re reactive, not proactive.

“We’re just trying to eradicate the damage that has been done already,” Buque said. “Being able to socialize a child around their racial identity in a positive way can mitigate the effects of trauma and racial discrimination that they’re likely to encounter throughout the rest of their lives.”

How to Address Race in the Classroom

Figuring out when, where and how to begin conversations about racial identity can seem overwhelming, especially when trying to incorporate them into the curriculum or everyday conversation with kids. But Reed reminds people that responsibility should outweigh any fear.

Talking about racial identity and bias with children means acknowledging what children already know: people are different, and the world is not colorblind.

Reed said he understands the goal in trying to ignore color, but it eliminates from a person what the world already sees. The “colorblind” approach takes away from the experiences of people of color because when people refuse to see color, they are looking through the lens of the default in America: whiteness.

“I’m Black. I know that. You know that,” he said. “The cameras that are watching me as I walk in the supermarket know that.”

Being honest with children also means expecting a response to that honesty. With topics that can feel delicate for many people, that response will not always be positive.

“A lot of people aren’t going to be happy that you’re having this conversation,” Reed said. “And they will address that with you.” The best thing educators who are experiencing pushback can do, Reed said, is remind themselves that this is for the good of the children and keep moving forward.

Buque agrees that the fear of saying something wrong shouldn’t stop you from speaking. Embrace the learning process and ask for help from colleagues and friends if you have questions or come across obstacles.

Understand your role. Educators aren’t there to tell children what to think, but to help them learn how to think. Reed said he practices by playing devil’s advocate in his fifth-grade classroom.

And as a neutral party, experts agree it’s important that adults affirm what young children are feeling. It’s not an educator’s role to force children to explain their experiences around racial identity. Instead, Reed said he gives his students space to share their thoughts and questions without judgment.

You need to know where you are beginning before charting a path for students. Buque said that means having a complete understanding of your own racial identity.

Start by asking what biases, privileges and experiences you have that could affect how you think about racism. Buque said overlooking this step is the most common error she sees, and it’s a process everyone should undergo constantly.

“Just because a person of color identifies as a person of color does not mean that they have an understanding of how to best service a client of color or students of color,” she said. “They also have to do the work, the internal work in order to better service others.”

Kids crave real information and, according to Olsen Edwards, they need it from someone who takes the approach: “This is really interesting how we are different. And it’s really heartbreaking that people don’t treat each other well. And what are we going to do about it?”

And if that’s the place you’re coming from, Olsen Edwards said, you’ll always get it right enough with kids.