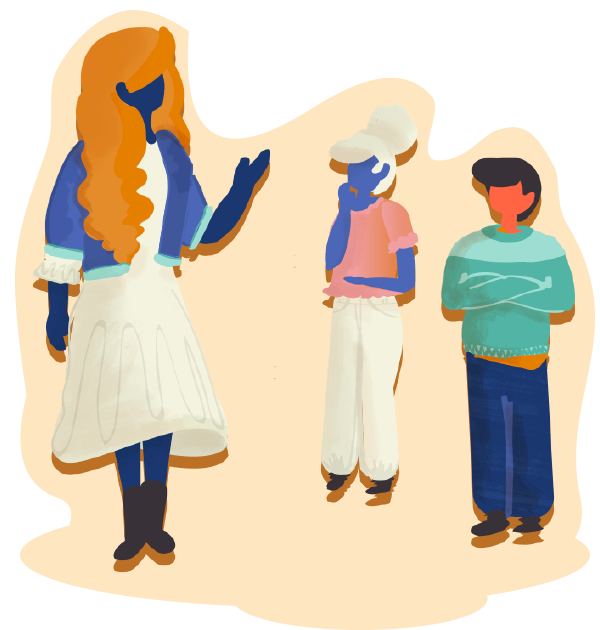 Below, you’ll find a curated list of resources for teachers, school counselors, parents, administrators and the general public, broken down into the following categories:

“Race and Violence Should Be a School-Wide Subject”

Contains resources for school leaders to help develop a community-driven message and a model for discussing race and violence.

Guides teachers on how to use young students’ understanding of differences to teach social justice through literature, news stories, anti-bias lessons and problem-solving.

Shows how educators can tune into and challenge implicit biases in themselves, their colleagues and their schools.

“How Does Race Affect a Student's Math Education?”

Looks at a recent study that shows math teachers, educators and researchers “are perpetuating racism in schools” in a way that is shaping students’ interactions and expectations with math.

from the Anti-Defamation League

A collection of lesson and unit plans for K-12 educators to promote critical thinking when teaching topics through the lens of diversity and bias.

from Citizenship and Social Justice

Inspired by the #CharlestonSyllabus, this curated list of resources is for those who want to learn more from perspectives “often underrepresented among many white circles.”

from The New York Times

A lesson plan from Jinnie Spiegler, the director of curriculum at the Anti-Defamation League.

All book descriptions are quoted from Goodreads.com

Why Are All the Black Kids Sitting Together in the Cafeteria?

Essential reading for anyone seeking to understand the dynamics of race in America.

Troublemakers: Lessons in Freedom from Young Children at School

Allows us to see school through the eyes of those who know firsthand what it means to be labeled a problem.

A must-read for teachers, administrators and parents striving to improve the education system.

A Search Past Silence: The Literacy of Young Black Men

A passionate call for educators to listen to the silenced voices of Black youth and to reimagine the concept of being literate in a multicultural democratic society.

A definitive resource on culturally sustaining pedagogies, including what they look like in the classroom and how they differ from deficit-model approaches.

White Fragility: Why It’s So Hard for White People to Talk About Racism

Groundbreaking book exploring the counterproductive reactions white people have when discussing racism that serve to protect their positions and maintain racial inequality.

A timely volume that should become a central staple in how we understand race and the radical imagery in K-12 classrooms.

Stamped from the Beginning: The Definitive History of Racist Ideas in America

In this deeply researched and fast-moving narrative, Kendi chronicles the entire story of anti-Black racist ideas and their staggering power over the course of American history.

The New Jim Crow: Mass Incarceration in the Age of Colorblindness

In this incisive critique, a former litigator-turned-legal-scholar provocatively argues that we have not ended, but simply redesigned, racial caste in America.

All book descriptions are quoted from Goodreads.com

The Hate U Give

Starr Carter, 16, moves between two worlds: the poor neighborhood where she lives and the fancy suburban prep school she attends. The uneasy balance is shattered when Starr witnesses the fatal shooting of her childhood best friend Khalil by a police officer.

by Jason Reynolds and Brendan Kiely

Rashad and Quinn — one black, one white, both American — face the unspeakable truth that racism and prejudice didn’t die after the civil rights movement. There’s a future at stake, a future where no one else will have to be absent because of police brutality. They just have to risk everything to change the world.

The amazing true story of four African-American female mathematicians at NASA who helped achieve some of the greatest moments in our space program.

Separate Is Never Equal: Sylvia Méndez and Her Family's Fight for Desegregation

Almost 10 years before Brown v. Board of Education, Sylvia Méndez and her parents helped end school segregation in California.

I Am Not a Number

Based on the life of Dupuis’ grandmother, this is a hugely necessary book that brings a terrible part of Canada’s history to light in a way that children can learn from and relate to.

For more resources, visit the WeAreTeacher’s list of books about social justice or review the titles in Project Lit’s 2017-2018 book club.

This organization unites over 100 USC professors who are experts on race and racism, people of color, immigration and other important dimensions of equity, working together on research, and the development of useful tools and resources.

Project Lit is a grassroots literacy movement empowering students, teachers, readers and leaders to bring diverse perspectives into literature in schools across the country.

The goal of EduColor is to elevate the voices of public school advocates of color on educational equity and justice.

BYP100 is a national group of Black 18- to 35-year-old activists and organizers dedicated to creating justice and freedom for all Black people.

Teaching Tolerance provides free resources to schools and educators to help educate children and youth to be active participants in a diverse democracy.

If you have recommendations for other resources, feel free to share them with us on Twitter @USCTeacher